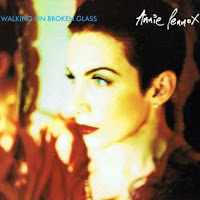 1. Annie sings that she feels she walking on broken glass. What's the most recent item you broke?  I dropped a glass loaf pan the other day. I thought I caught it with nothing more than a slight knock off the counter, but when I looked at it, it had cracked the whole way down the side.

3. This week's featured artist, Annie Lennox, was born on Christmas Day. Do you know anyone whose birthday falls on a holiday.  Our oldest granddaughter missed Christmas Day by one day. If my grandmother were still alive her birthday would be on Thanksgiving. Besides that, I know one young man who was born on July 4th and we had friends a long time ago who got married on New Year's Day and their son was born a year later...on New Year's Day.

4. When Annie met Dave Stewart, with whom she'd form the duo The Eurythmics, she was living in Australia and staying in a tiny apartment called a bedsit. The occupant has his/her own combination bedroom/livingroom with cooking facilities, but must share a bathroom. Tell us about one of your early apartments.  As an adult I've never lived in an apartment.

5. After the Eurythmics broke up, Annie went out on her own. Would you rather work independently or as part of a group?  I think it would depend on what the work was. Somethings I would much rather do alone, but there are times it's helpful to be part of a team.

6. Among her many honors, Annie Lennox was named chancellor of Scotland's Glasgow Calledonia University. What's the last college campus you visited? What brought you there?  I think (it's been a very long time) it was the college in here in town, St. Vincent's, and I was there for a summer theater production.

7. In 1992, the year this song was recorded, compact discs outsold cassette tapes for the first time. Back in the day, did you enjoy making your own mix tapes?  I did. I made a lot of them. It was a real pain trying to keep everyone and everything quiet while you did it. It was the best thing ever when I got my first stereo that could record from one medium to another without having to worry about outside noise.

8. Also in 1992, Johnny Carson made his last appearance as host of The Tonight Show. The catchphrase "Here's Johnny!" was associated with the show. Can you think of another popular TV catchphrase?  Sure.

9. Random question: Think of your past week. Now look ahead to the coming week. Would you like it to be more, or less, exciting?  I don't know about exciting, but I'd sure like it to be different. Our daughter got tested for Covid on Monday. Her husband is at home because his work doesn't allow him to come back until they both test negative. I have been staying very close to home until we hear her results. As of this time (Friday night) she still hasn't heard. And at this point, I'd love next week to just be normal. For all of us to be able to have Thanksgiving with our families and friends. Life has come to where "normal" is the fantasy.
Linked today with Sam for Saturday 9.
Join in the fun here.
at November 20, 2020 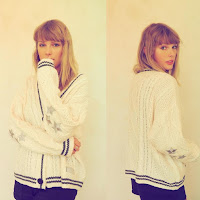