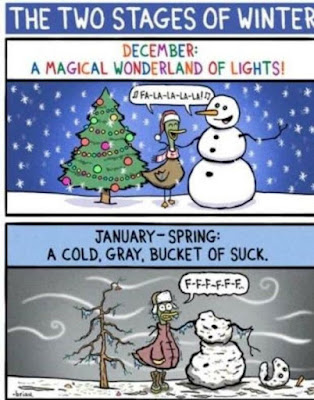 My blogging mojo seems to be missing in action at the moment. January and February are always such "meh" months here in southwestern Pennsylvania. Everything is gray and dreary with the sun missing in action more days than not. I don't suffer from SAD, at least not since I started taking massive daily doses of vitamin D3 several years ago, but I'm not particularly motivated to write, either. Even so, I think I can manage an update via the Currently format. So, here we go.

The weather: clear skies tonight with the temperature coming in at about 10*. I do believe Friday's forecast predicts a struggle to raise the mercury to 20*. 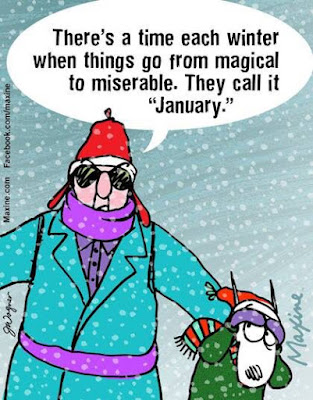 Finished reading: A Conventional Corpse, A Claire Malloy Mystery by Joan Hess. This was a reread, though not on purpose. There are quite a few books in the series and I haven't read them all. I picked up a few at Goodwill earlier in the month. I hope they won't all be rereads. (By the way, if you like Janet Evanovich's Stephanie Plum series, you would probably like this series. Joan Hess is pretty funny.)

Watching: I finally got caught up on Virgin River, but I've been leaving the remote in Tim's hands lately so I've "watched" lots of action type films. Some were not bad. Some...well, those are hours I'll never get back.

Thinking about: What I need to do the next couple of days. Tim's half-aunt (I don't know if that's a thing, but she was his dad's half-sister and a year younger than Tim's oldest sister)...anyway, she passed away yesterday. At one time she and I were very close and we pretty much raised our kids together, but once they were grown we kind of drifted apart. I tried for years to stay in touch, but she had health issues (and perhaps a few mental ones) and she never returned calls and always had excuses for not doing anything if I did get through to her. In recent years when I'd see her she was so heavily medicated she wasn't really with it. It's sad, really.

We will attend the viewing tomorrow evening and on Saturday the only one of Tim's sisters that is in the area and I will go to the funeral.

Megan and I went shopping last night and delivered a big load of quick, easy to grab food to the family and offered our condolences. 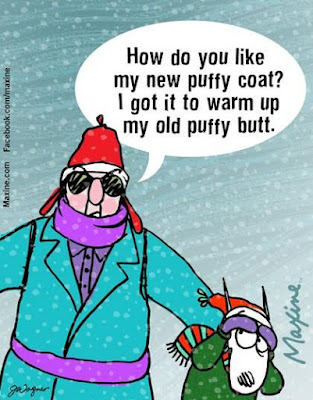 So, yeah...lots of calories and we're eating too much cause it's too cold to go outside for long. It's the usual winter hibernation pattern. Eat too much, move too little.

Work: Yeah, I'm not even doing much of that between the bad weather, clients cancelling because of illness or fear of the cold and weather, and one client whose mother (who probably would have qualified for the programs the agency offers had they existed when she was younger) tends to forget about my scheduled appointments and takes her son off to do something else and doesn't cancel. I'm starting to get everyone back on track and I do have to work tomorrow and then again on Saturday afternoon.

That's about all that's going on around here. What's happening in your part of the world?